D. K. Trotter & Sons have a long history in the quarry and aggregates sector. It all began with the late Mr James Trotter who operated a lime kiln in the 1930's and provided drilling services to other quarry operators for over 70 years. He also pioneered concrete block making in the area with the first alternative to traditional stone built construction. The present site in Lurganboy is in operation for around 30 years and has steadily expanded over the intervening period.

Things have certainly changed since the early days when block making was a manual operation, hand mixing the concrete and hand moulding the blocks. The mid nineties led to a new period of diversification and expansion which saw the introduction of Ready-mixed concrete, hollow-core and prestressed flooring. 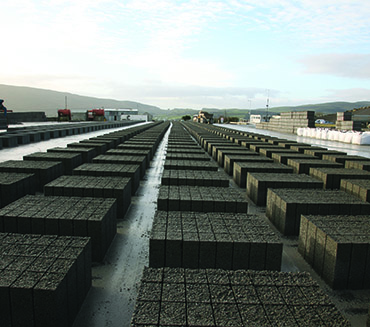